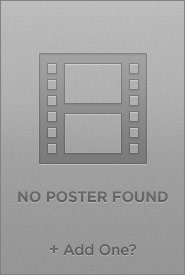 You may think watching zombie s every week would be a piece of cake, but it's actually really a chore sometimes. This was one of those times. Zombie Diaries is told from the perspective of three separate parties each with an eager cameraman who seems hell bent on keeping the thing rolling no matter what happens. Nothing really new there. One group is a crew doing a documentary, another is a group looting and scavenging, and the third is trying to survive by holding out in a farm house. The three stories are slightly, and I do mean slightly, intertwined. But actually don't make any sense they way they're set up as separate tales and then confusingly start intercutting. When I watch a like this I often think to myself, Wow. Someone must really love zombie s to go through all the trouble just to make this awful movie. And it's quite obvious they're doing it on their own time and money so... good for them! Now for the rest of the zombie world, unless you want a good to help put you to sleep, I'd avoid this one at all costs. With the exception of a few zombies that looked decent, and most of them were mediocre to bad so it wasn't very consistent, plus a good tension building scene, that eventually falls flat, there was nothing else good to report about this . Treat the as if it was an infected zombie and avoid it at all costs.